I started my third batch of pickles yesterday.  The second batch could not be categorized as a success in my eyes, although Darcy and Layla thought they were okay.  While the first batch was “too salty” and “too spicy” if such a thing exists, the second was bland and soggy.  Classic over-compensation in the recipe change.

One thing I’ve learned (we’ll see how these turn out) is that if you aren’t starting with freshly picked cucumbers you should soak them in super cold water for a few hours before pickling.  This is supposed to keep them more crisp.  I did this with my batch of pickles, which was at least a week old when I processed them yesterday.  I’ve also seen that calcium-chloride with keep them crisp, and I’ve read that grape leaves will do the same.  I trimmed our grape vines yesterday, but wasn’t up to trying out grape leaves in the pickles, so I went with the cold water bath instead.

Here is my revised recipe: 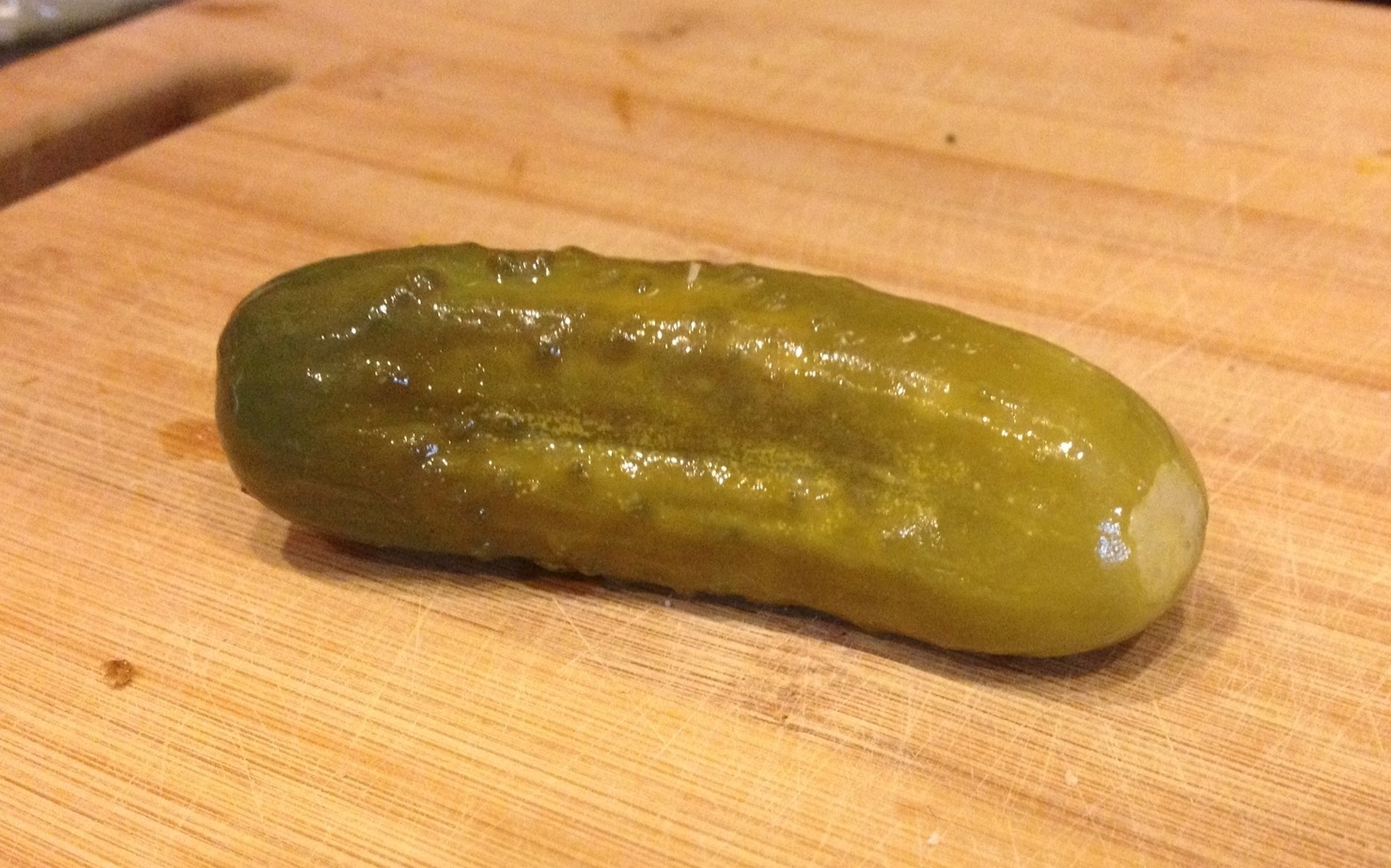 I watched the pickles on the counter all week. The brine solution got a little cloudy as the week progressed, but I never saw a lot of bubbling going on. I also did not notice any scum form on the surface of the water. This may have been due to the bag essentially sealing the brine off from the air.

END_OF_DOCUMENT_TOKEN_TO_BE_REPLACED 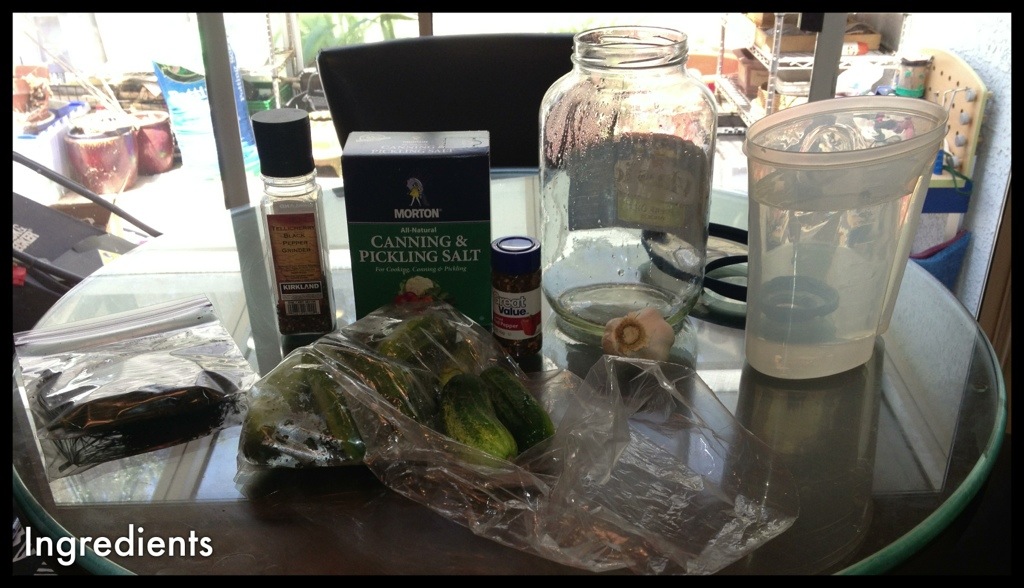 My friend, Stephen, and an ex-coworker, Mike, both told me they were making pickles last month. This got me thinking that I should try to make pickles as well. The dill pickle is one of my staples. It has excellent flavor and minimal calories (not that I count them). Stephen cans pickles and Mike did a fermented pickle. Darcy and I fondly recall some New York deli style pickles we had in Hawaii years ago, and I think they were the fermented (or half-sour) type. I believe that these are also called crock pickles. I found the following recipe for crock pickles on the Food Network website, courtesy of Alton Brown.