The following morning again we had a traditional breakfast complete with breads, hard boiled eggs, coffee, juice, and meats. Afterward we went into town to see Langenargen. Manfred is a member of the city council and provided us a great tour before seeing us off.  The town sits on the Bodensee which is also bordered by Switzerland and Austria.  It is a quaint town with a nice market on Thursday and a small castle that has been preserved by the town. 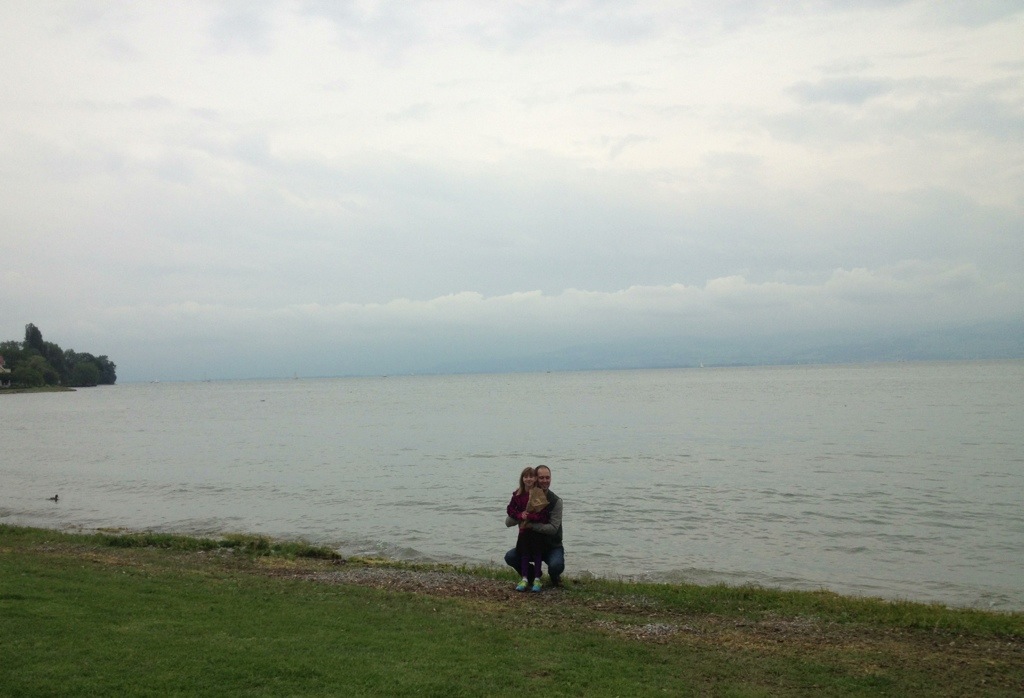 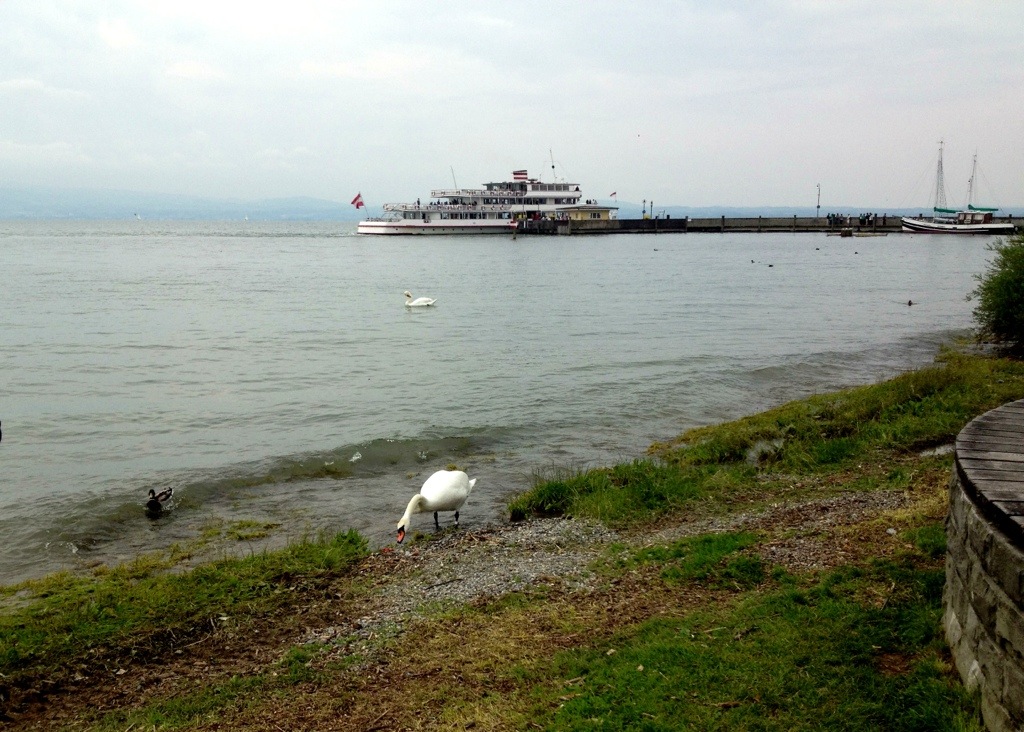 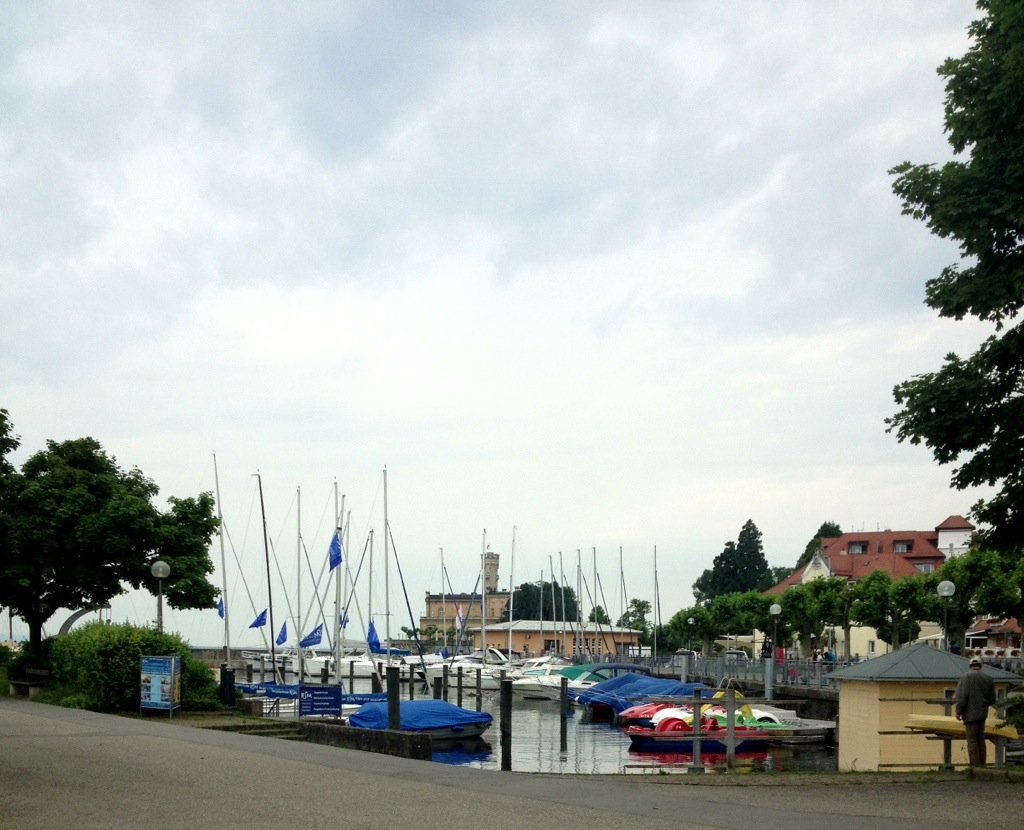 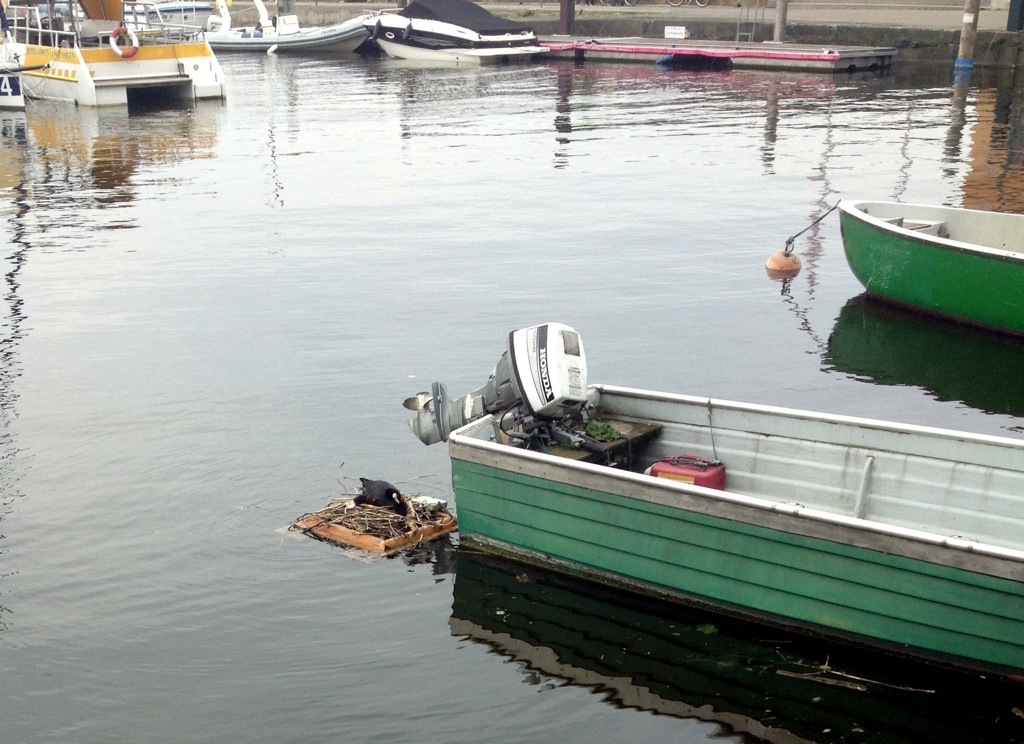 One of the boats had a floating nest attached with small chicks. 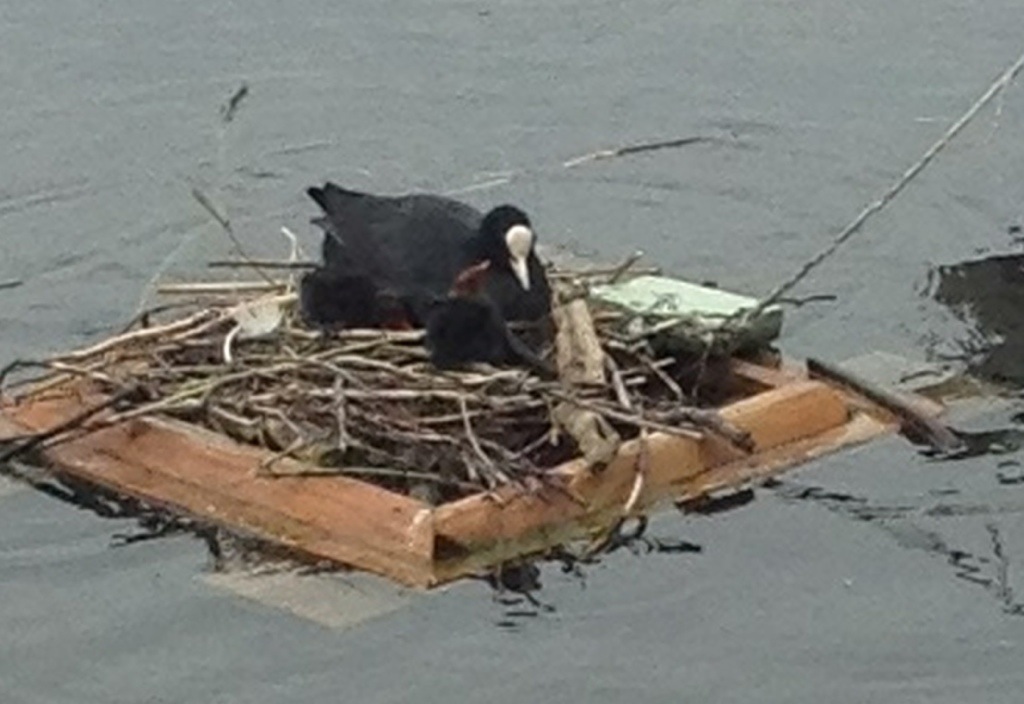 The drive to Fussen was very nice, but uneventful.  We stopped in Fussen to grab a bite to eat and then made our way to Hohenschwanhau and Schloss Neuschwanstein.  What we learned later is that the “royal” family still owns the castle to this day.  I suspect that the high entry price and very commercialized tour experience is necessary to keep up the castles, but it is still very odd to think about the reduction of a constitutional monarchy to nothing and privatizing the ownership of his castles. 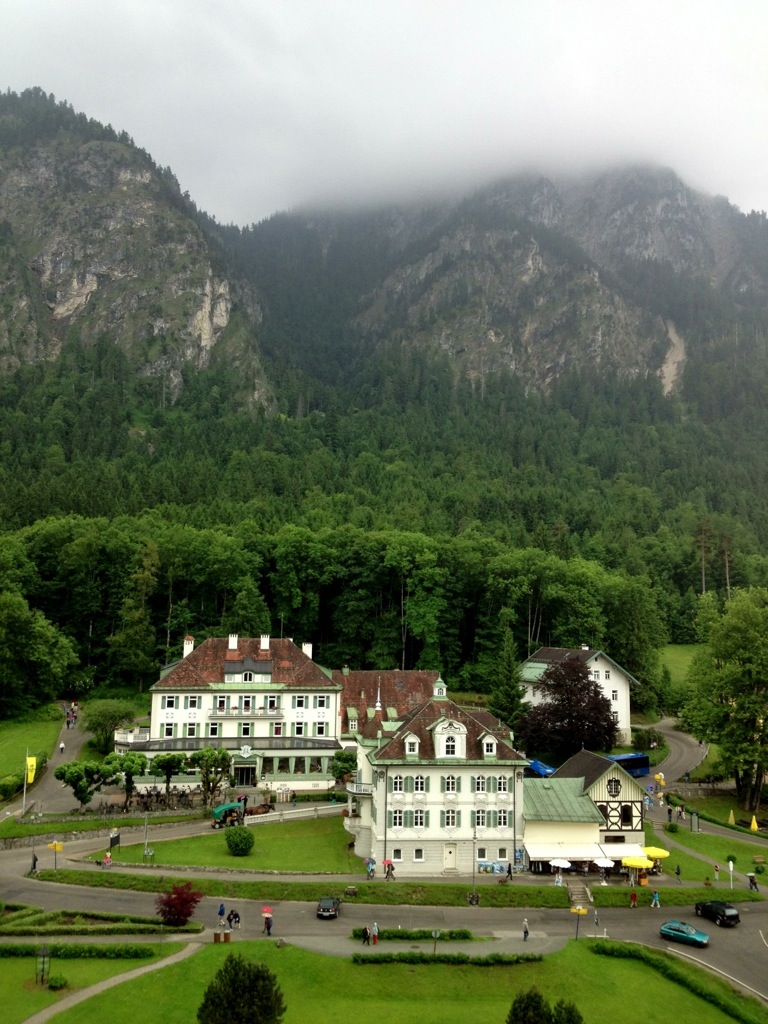 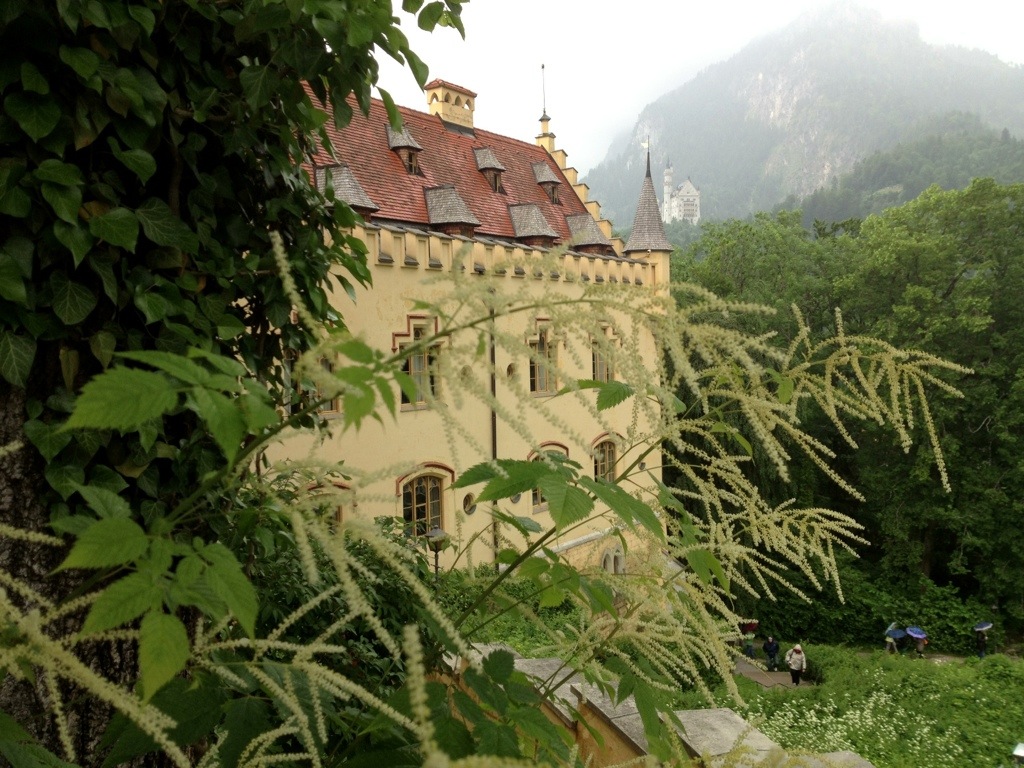 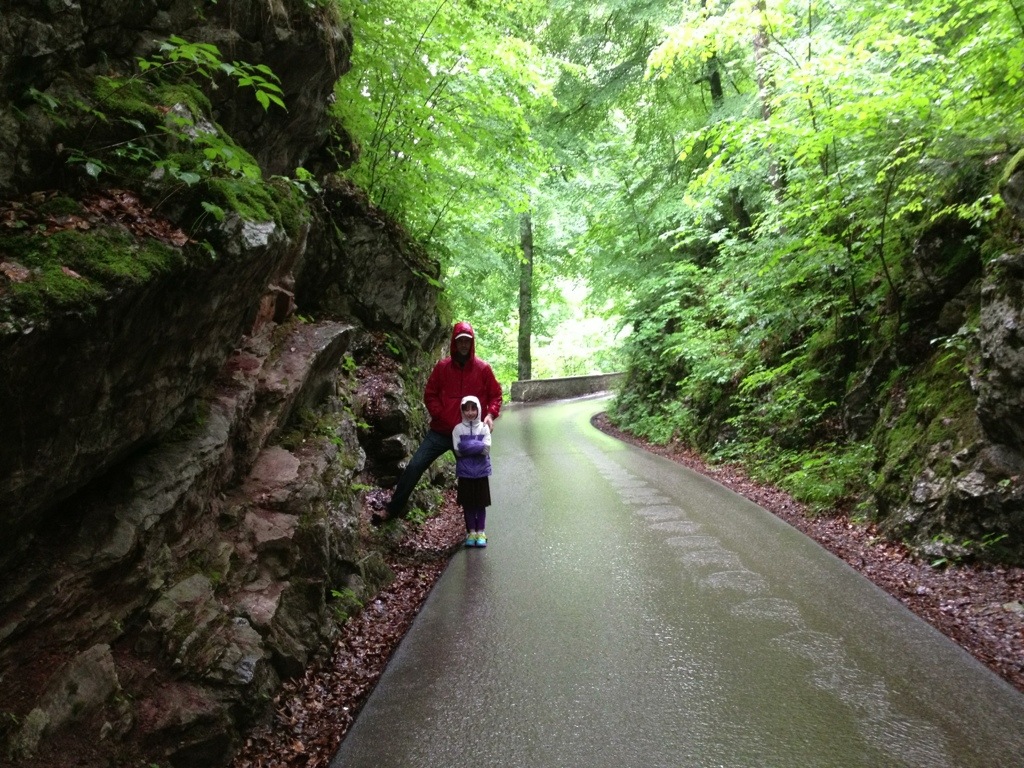 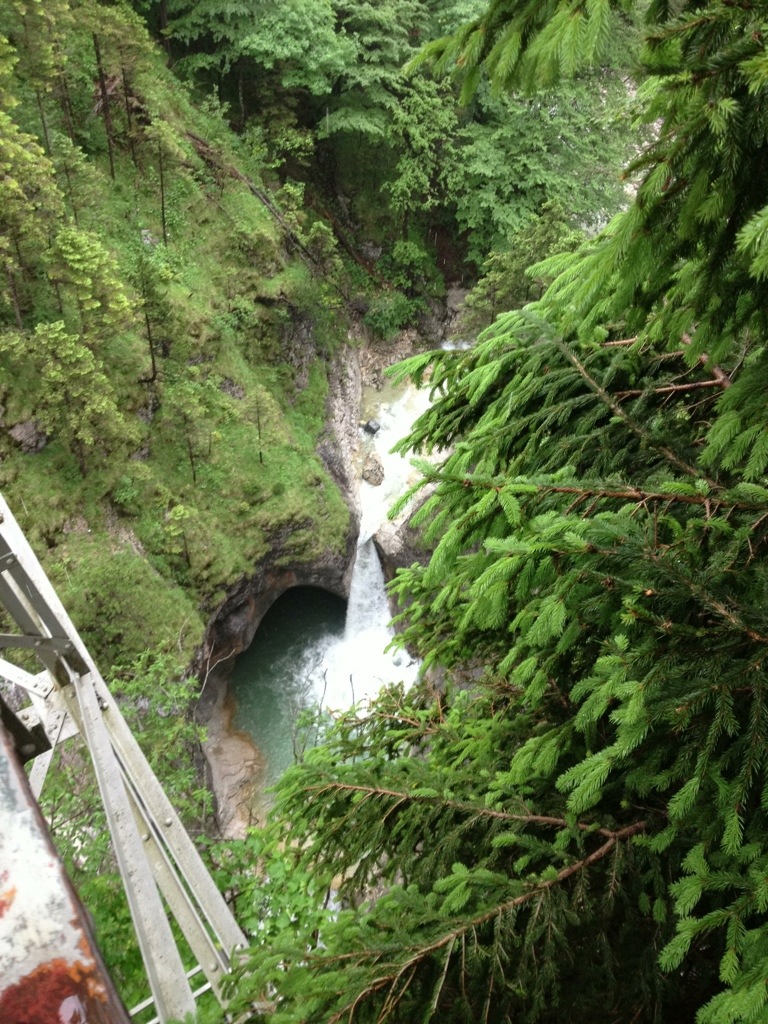 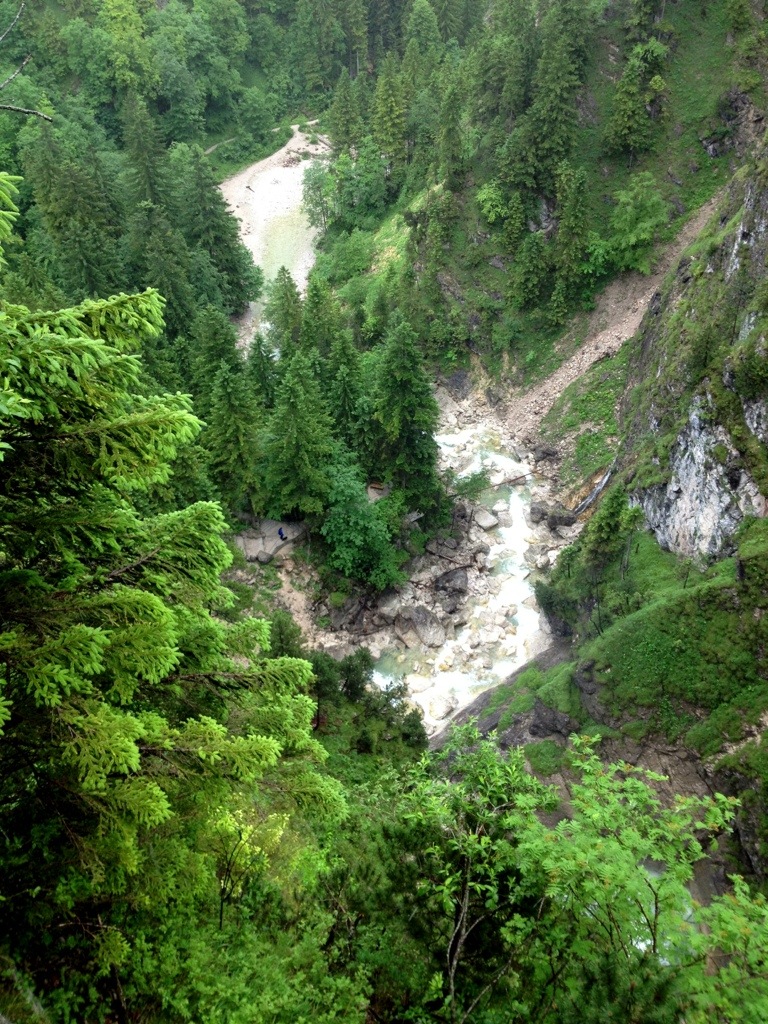 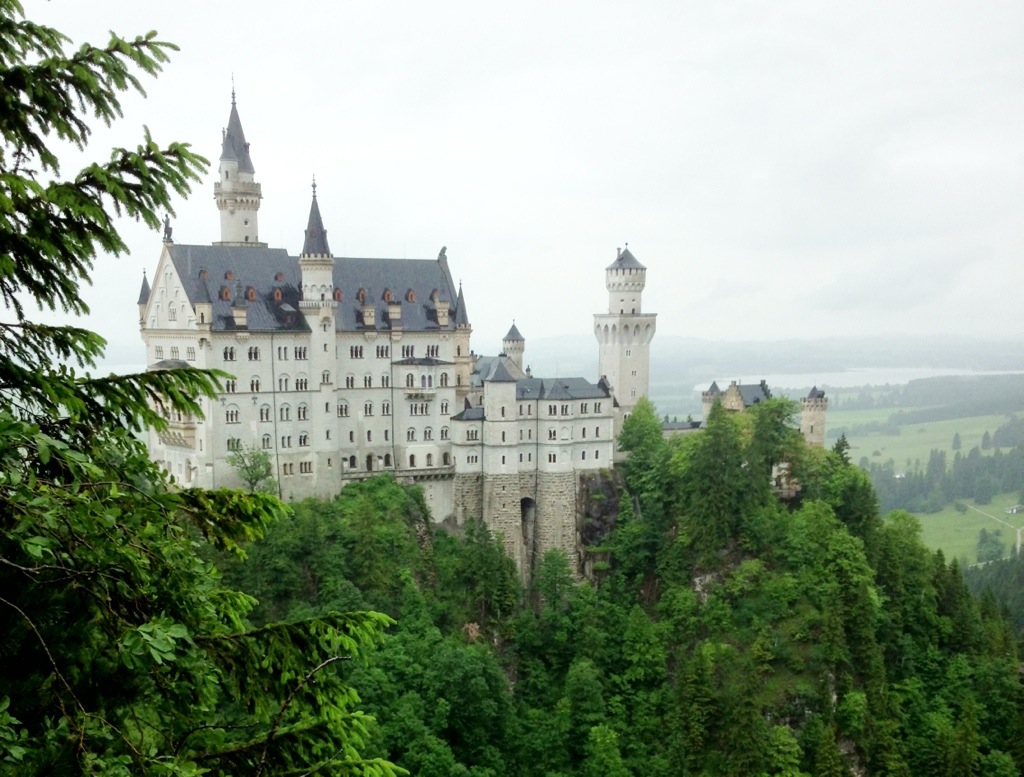 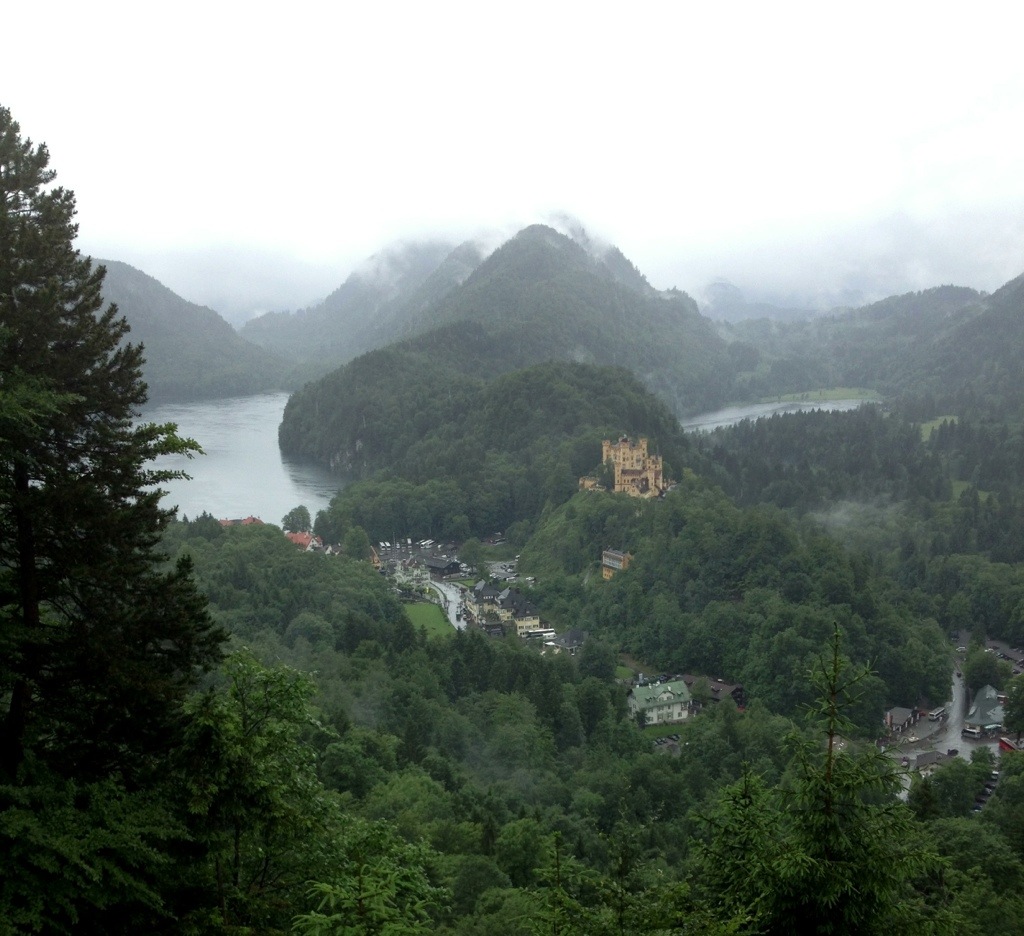 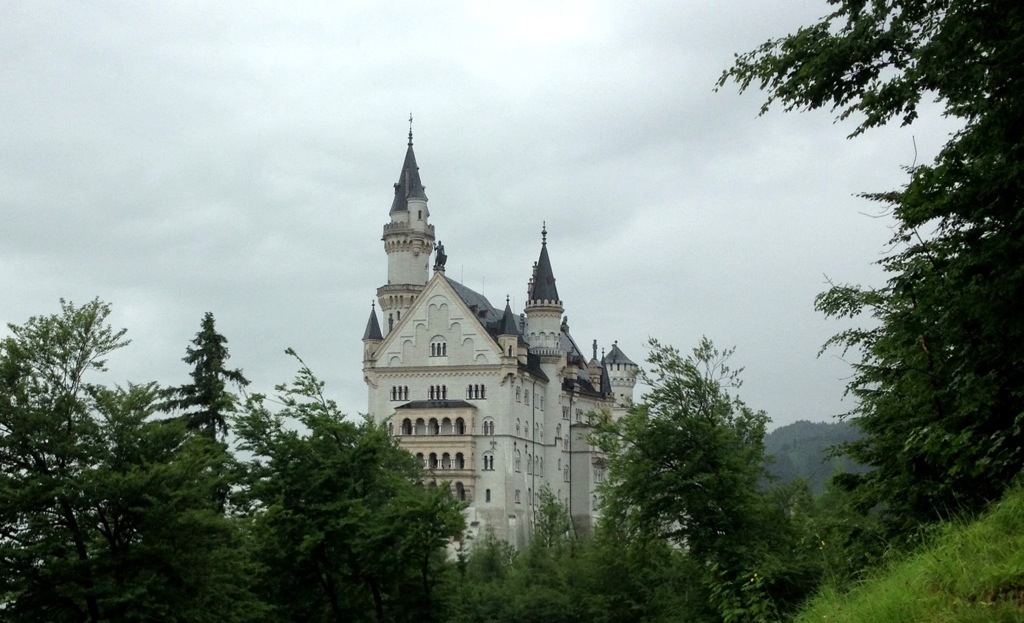 “Layla, are you feeling grumpy?” 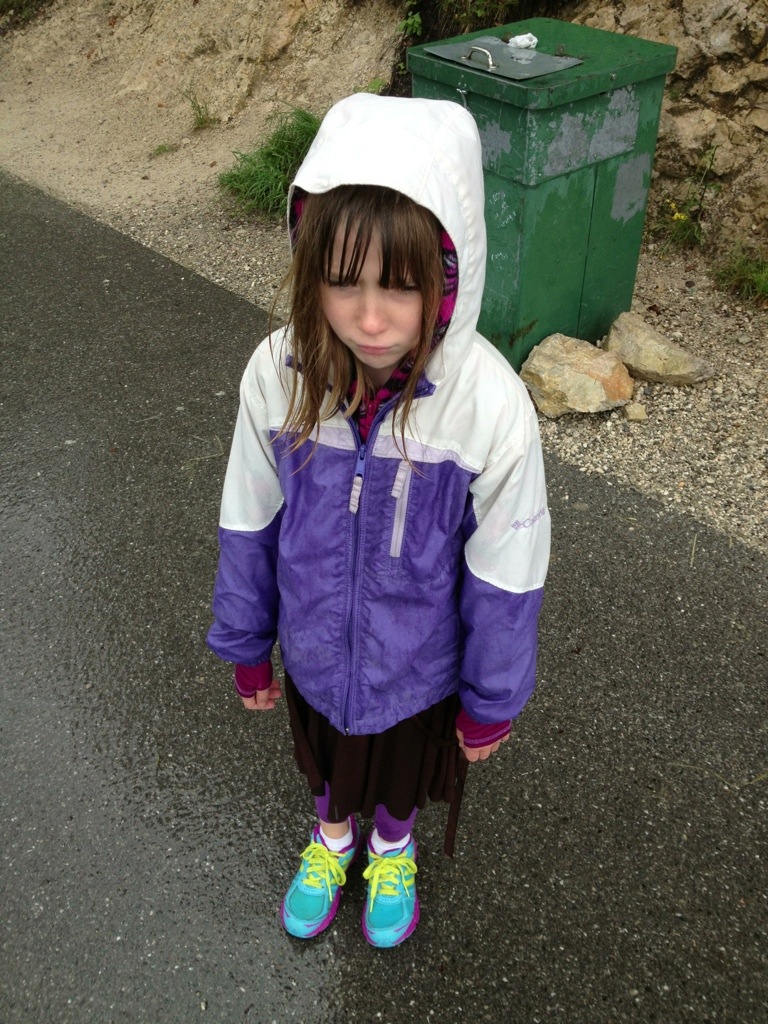 After visiting both castles we went to our hotel in Fussen and then out to dinner.  The Prickleberger (viking for deer) cheered Layla right up. 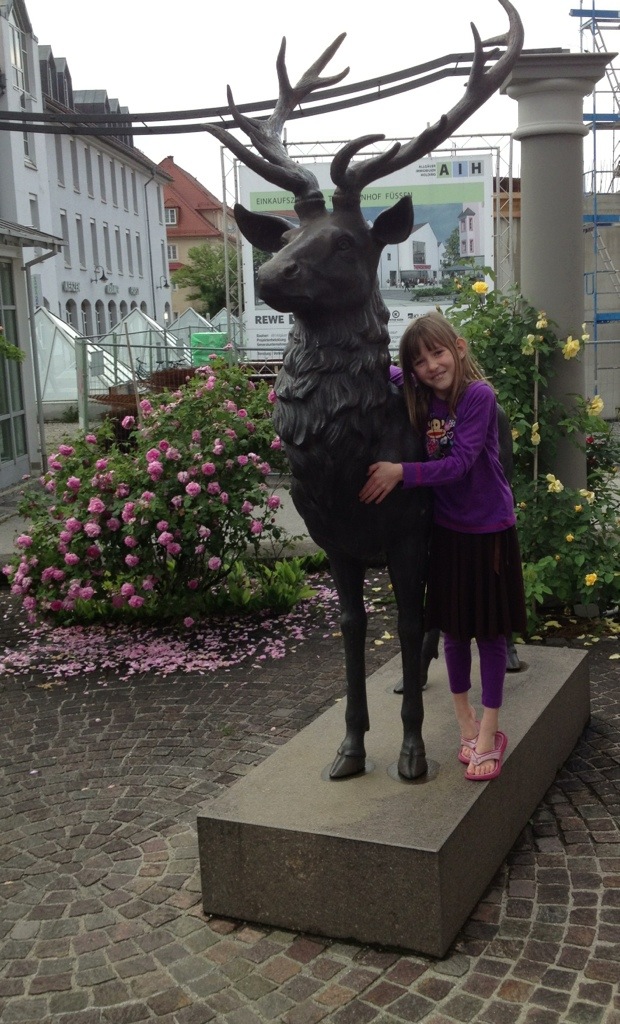 I went for the potato pasta with bacon, Layla had the schnitzel and Darcy went for the sampler.  The waiter told us that if we didn’t finish everything it would rain again tomorrow.  We had to inform him later that it was going to be raining, but we made a valiant effort. 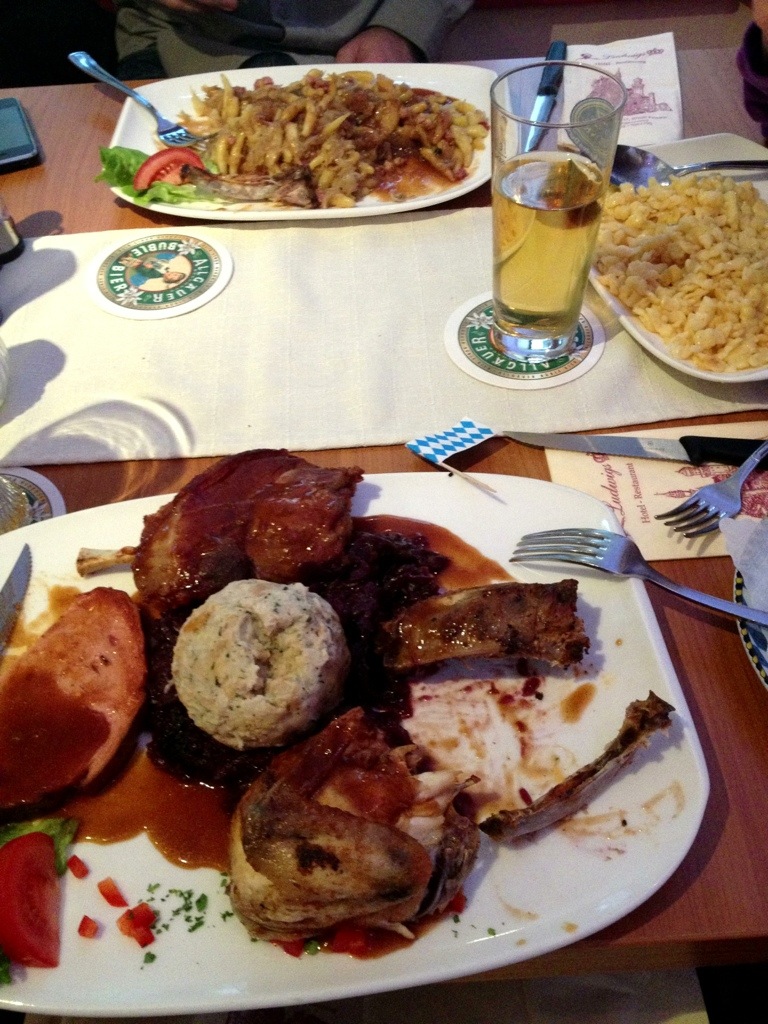