I’ve been playing the daemons regularly for a few months now; from the tail end of 5th edition through the codex update.  Today was my first RTT with the daemons.  Let me start by saying that the timing was poor for me, as I’m a huge San Francisco Giants Fan, and today was game 3 of the World Series, but I trudged on.  I went 1-1 and skipped the 3rd game in favor of the baseball game. 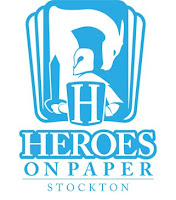