This post comes to you courtesy of Darcy. Equal rights means equal writing too! 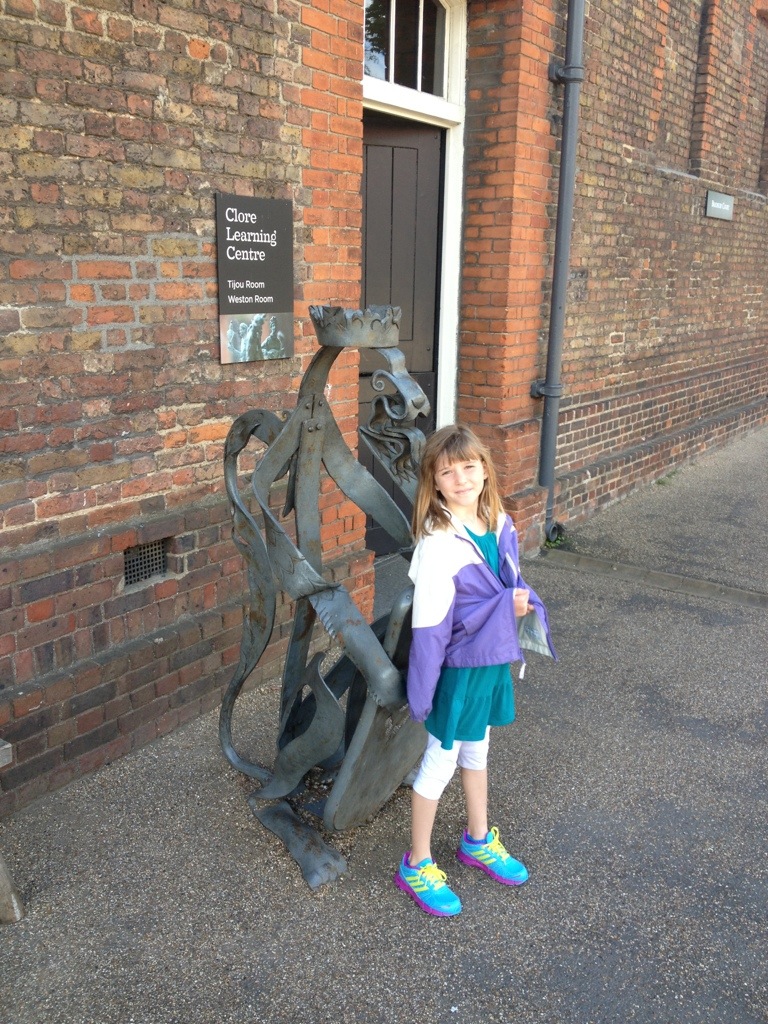 Hampton Court Palace was our first ‘must see’ in England. The hedge maze was at the top of Layla’s list! Touring the palace was a balancing act between being indoors when it was pouring rain and getting outside in the sun to see the amazing gardens. The bag pipers had both Layla’s and Peter’s attention for quite a while, but Layla really perked up when we got to scamper through the beautifully manicured gardens (in the sunshine) and peek over the hidden walls into the “Privy Gardens”. We also saw the world largest and possibly oldest grape vine which still produces table grapes annually. 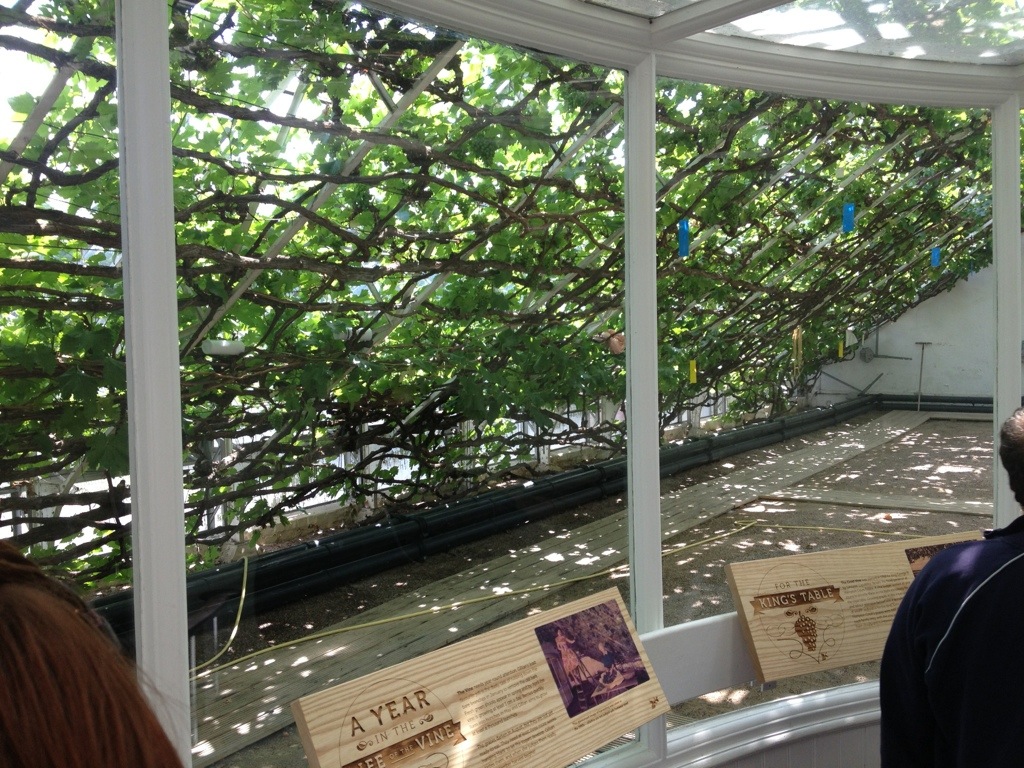 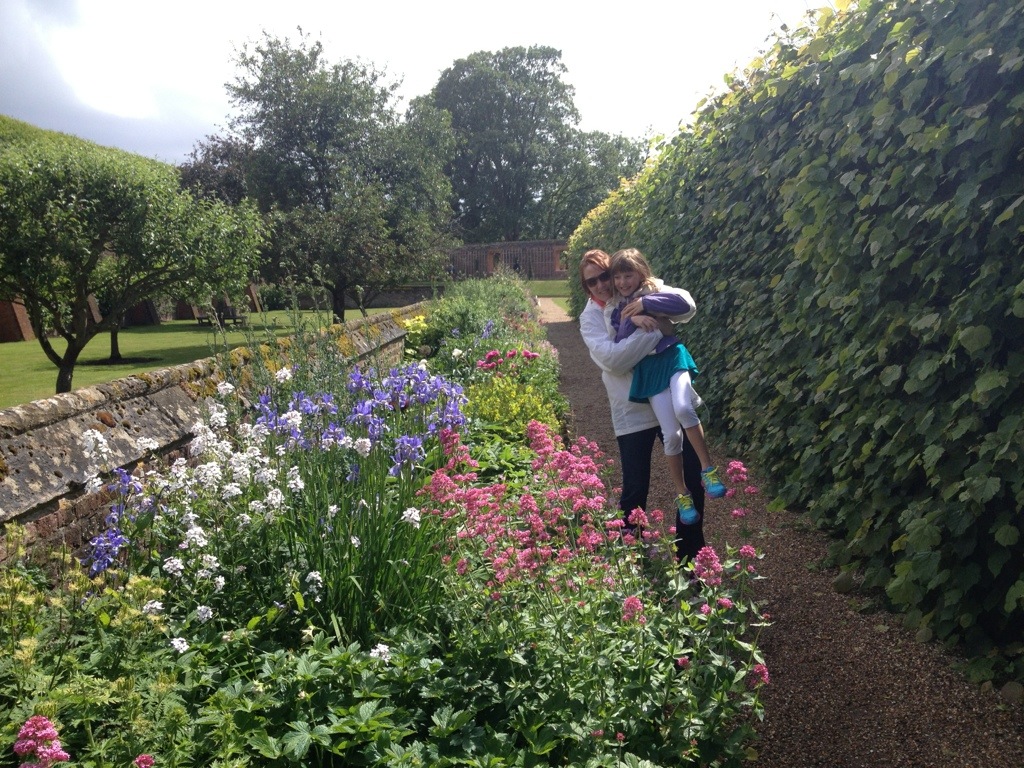 We left the Palace in time for the rain to come down in buckets and after making a U-turn (Peter: 3 point turn on a narrow congested road. Our Vauxhall’s turning radius is shit) to escape a traffic jam (queuing) followed by my scrappy navigation skills, we were finally headed west (on the correct motorway), and we had a dinner destination mapped out. The Red House, which we stumbled upon thanks to tripadvisor.com and good luck, is a delightful British restaurant and pub in the country with lush gardens surrounding it and very friendly service. The local beers (bitters) on tap were excellent, and their wine selection included only one American choice listed as Californian – Bogle Old Vine Zin for 35 pounds ($50 which we buy locally for $10)! The food was very tasty and the coffee after dinner came with dark chocolate truffles! 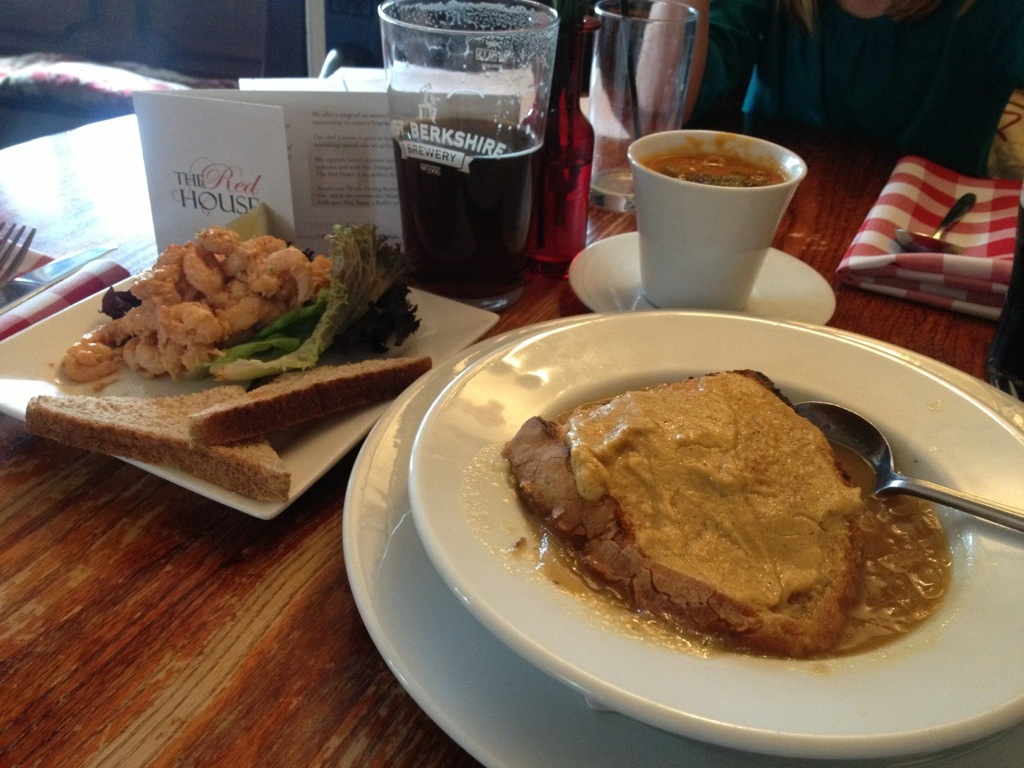 With tummies filled to the brim we continued our drive west to Newport, Wales, forgetting entirely about Avebury until we had passed the turn-off. We took a large bridge over the the River Severn and turned off the motorway. Now settled in to our Hampton Inn (could be found anywhere, but couldn’t pass up for the price), we are fading quickly and fully intend to wake up in time for breakfast tomorrow!

3 Replies to “Day 4 – Ending across the Severn River”