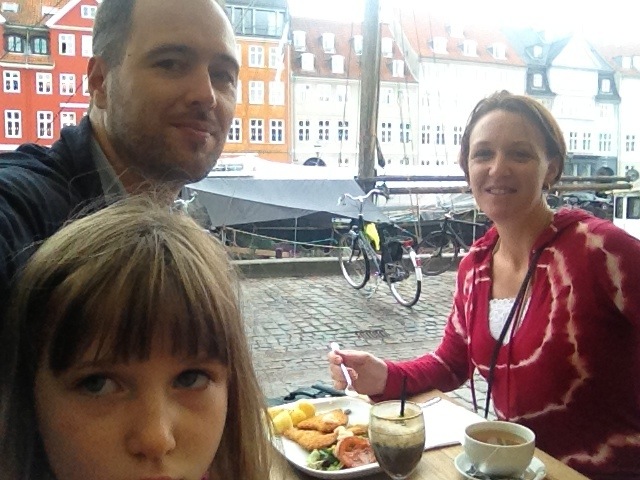 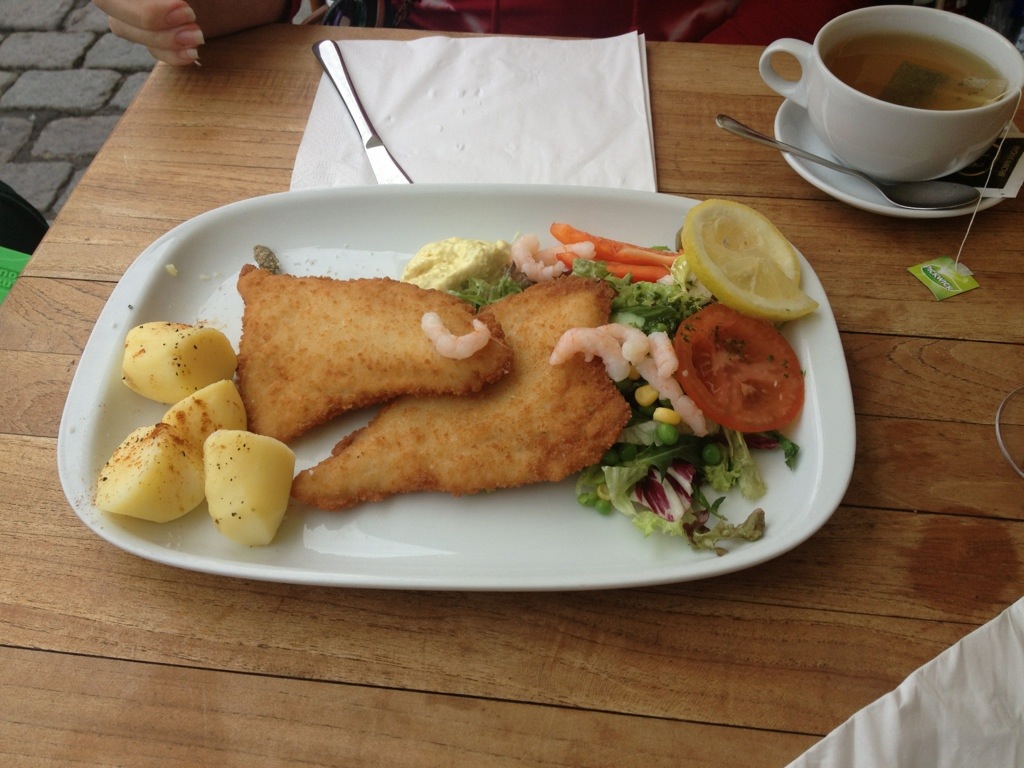 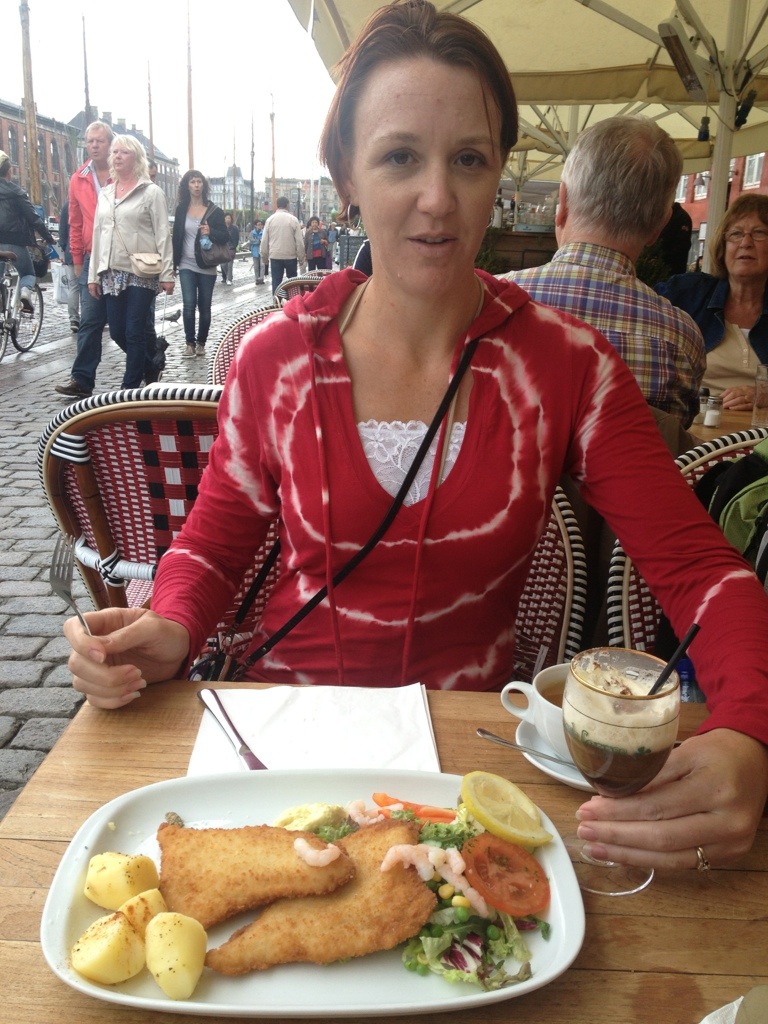 After arrival at CPH we quickly made for the metro to Copenhagen proper. Layla and I both received our first passport stamps. With only 7 hours until our flight and less until we had to be back at the airport a quick tour was in order. Up first was figuring out how to use the Metro ticketing system and a Chip and PIN credit card.

With that under our belt the actual trip was not dissimilar to a ride on BART, sans turnstiles. We rode eight stops to King’s Square (Konegs Nyvorsten?) and withdrew some Dannish Kronnor from an ATM. Aside from everything being about 50% more expensive and there being all dollars with no cents, it works the same.

We took a canal boat tour for about an hour (pictures to come when I can access the DSLR camera at a hotel). We met three very nice Swedes who were in Copenhagen for a Depeche Mode concert tonight. The had an extra ticket and I think Darcy had to think seriously about joining them and missing the flight to London.

After the canal tour we found a canal-side eatery. Layla was still not feeling quite well so we got her a tea and bread while Darcy and I split the fish an potatoes pictured above. We told each other we’re try the herring sandwiches on our way back through Denmark at the end of our voyage. Our meal devoured and a small, yet American tip left for our server (as it feels strange not to tip) and we made our way back to the metro with a quick stop along the way for some impromptu art (I’ll also upload those pictures later from the DSLR).

What we encountered at the Metro was cause for panic. Denmark is rather bilingual but when the Danish description if something over a loudspeaker is obviously multiple sentences and the English version is “everything is fine, the train will be here soon” then you know you’re in for it. Evidently there was a train stuck on the tracks just outside the airport.

Layla was nearly trampled more than once by otherwise well meaning people as we waited in no less than three different stations along the route. I think they were trying to disperse the crowd over various stops. We made it to the airport will only an hour before our flight and had to clear baggage check-in (Norwegian only allows a single piece of carry-on), security, passport check, the half-mile of duty-free mall shipping and out gate check-in in 30 minutes. Surprisingly we made it just in time thanks to nice agents at check-in who ushered those on our flight to the front on the line and a security agent who gave me the choice of throwing away my water bottle or chugging 1.5 liters of water. I opted for the later and may yet regret that decision if there is a line for the bathroom on the flight.

To our pleasant surprise, the Norwegian flight, which charges for our bags and every beverage on-board provides free wifi Internet in-flight. And with that I think I’ll take a nap. 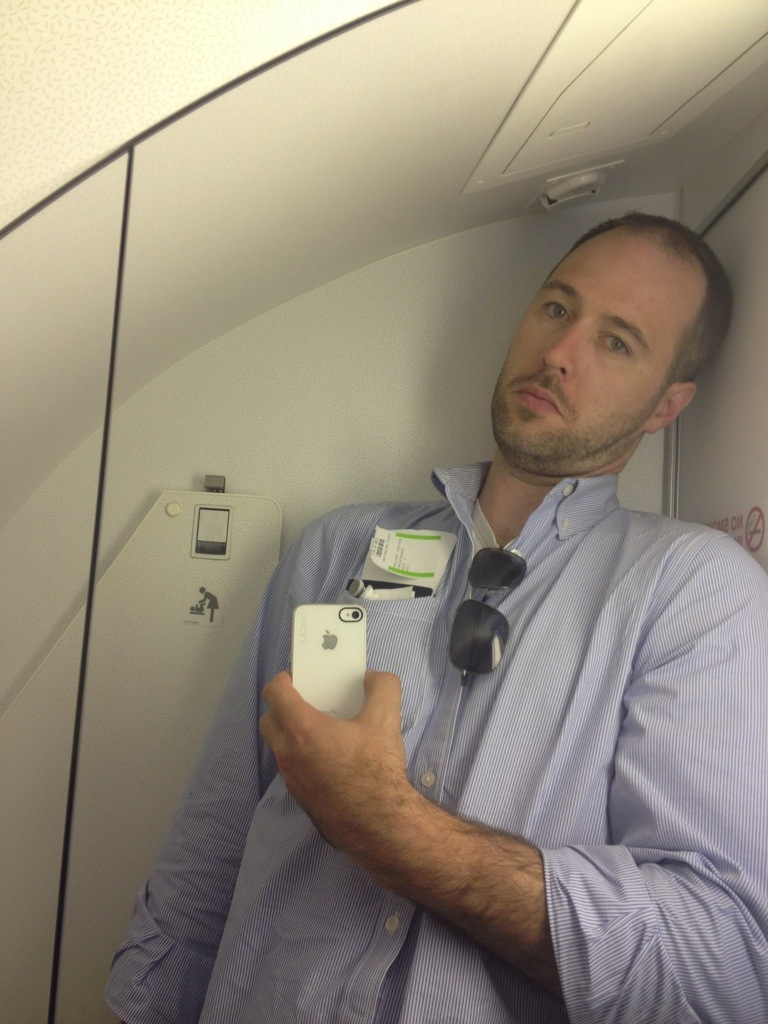 Me not fitting in a Scandinavian airplane bathroom (I thought these guys were tall too?) 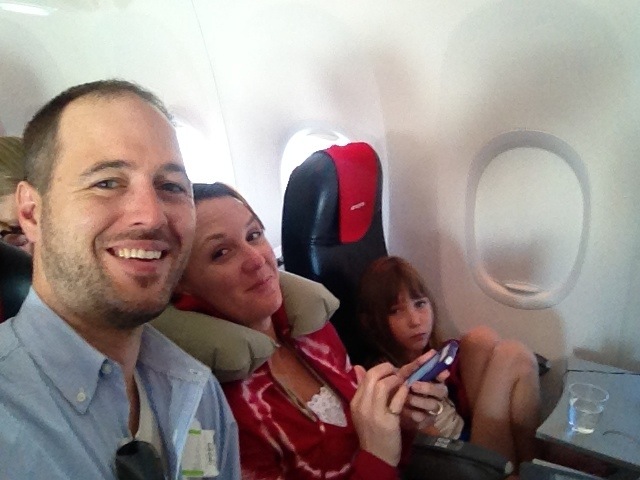 One Reply to “Day 2 – A taste of Copenhagen”